A new favourite tradition at Buzz is featuring a Team Member Tuesday once a week to celebrate the hard work of our amazing Buzz team. Have a read below for some of our amazing staff profiles!

Rafael has been working for Buzz since 2008 (at this time, there were only four Buzz outlets on the island) and has had the pleasure of working at every single Buzz outlet that is in Bermuda today!

Rafael enjoys working at Buzz because of the variety of positions he is able to partake in the kitchen. He is experienced as a sushi master, as well as a great chef who cooks on site for customers and behind the scenes at Buzz Bakery Lane for Take Five. ⠀

Rafael’s Buzz team members will all agree that he is a hardworking and personable co-worker to be around, for both the customer and employees. 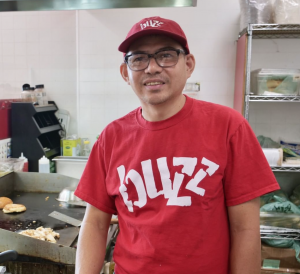 Rouchell has been described by her Buzz team as a “hard worker” and “always a pleasure to work with.” She’s a Buzz Original Team Member, meaning she has been working at Buzz since it first launched and is very talented when making smoothies!

Rouchell’s favourite thing about working at Buzz is being part of a team and because there are so many Buzz outlets on the island, Rouchell enjoys working between different places, as it always keeps things exciting.

Rocio is an incredibly talented barista at Buzz.

She is always a pleasure to work around and is known to go above and beyond to ensure every customers needs are met, as well as making a great cup of coffee. She is very dedicated to her work and is an incredible asset to the Buzz Family. 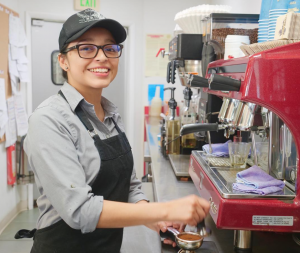 Brian is known by his fellow Buzz Team Members as always being a team player, helping out wherever he can. He is also known to always be in a good mood and greets everyone with a smile.

He loves working in the kitchen as it is his passion to cook and learn more about food! 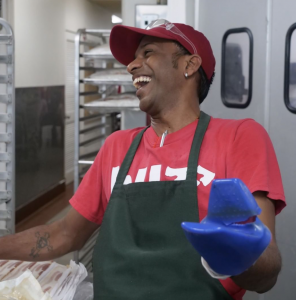 Deebak has been described by his fellow Buzz Team Members as “a very kind and loving family man” and is known as “the king of the kitchen!” ⠀

Deebak loves cooking and is very passionate about his job. His favourite moment in the kitchen involves creating new recipes for the daily lunch buffet at Bakery Lane. 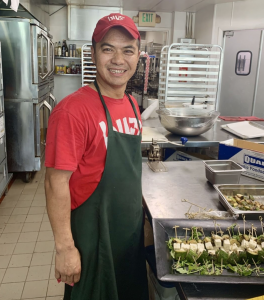 Chris is an incredibly talented head chef at Buzz, his optimistic personality makes him a joy to work with in the kitchen. Outside of his job at Buzz, he is also a chef for private catering events.

Chris has also been described by his Team Members as “a hard working, good man who loves everyone and can handle a fast pace environment as he’s great under pressure.” 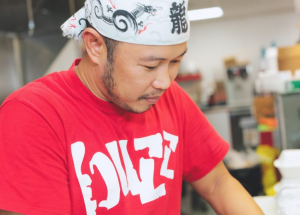